Facts show that women, will often sacrifice food and shelter for their children in order to buy makeup.

But, what if all American women quit using makeup for just one month and took the amount of money they saved and gave it to the 30 million homeless mothers with children? What if corporate advertisers joined them and did the same thing? Rather than promoting bogus beauty, the true power of women could help solve much larger and more pressing problems. Will they do it? Nah! Too hung up on continuing the myth of bogus beauty unless shamed into changing themselves.

One of the main tenants of "The New Power of American Women”  is showing how corporate promoters continually reinforce the bogus beauty that American women keep trying to live up to. This continuous saturation of false images of women, also soaks deep into the psyche of children and they come to believe that being false is natural - which of course it isn't...unless one lies to oneself. 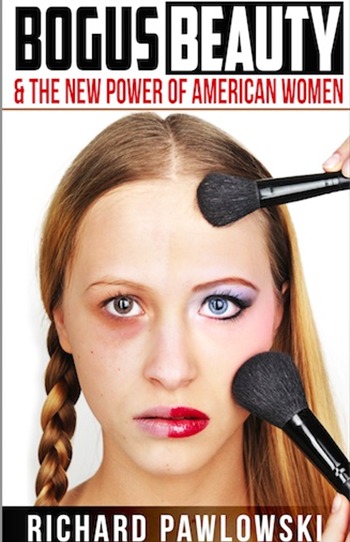 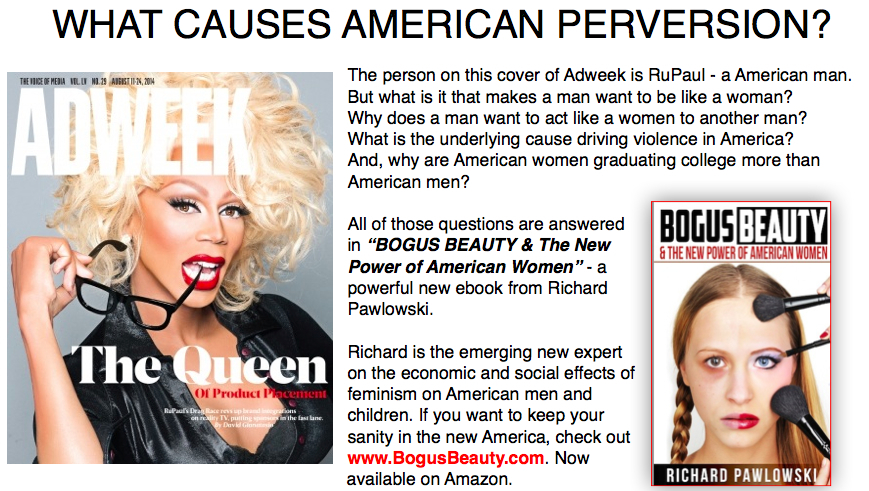 Bogus Beauty & The New Power of American Women is actually two books in one and after 20 years of dedicated research and hundreds of in-depth personal interviews, it's ready for your use and comment.